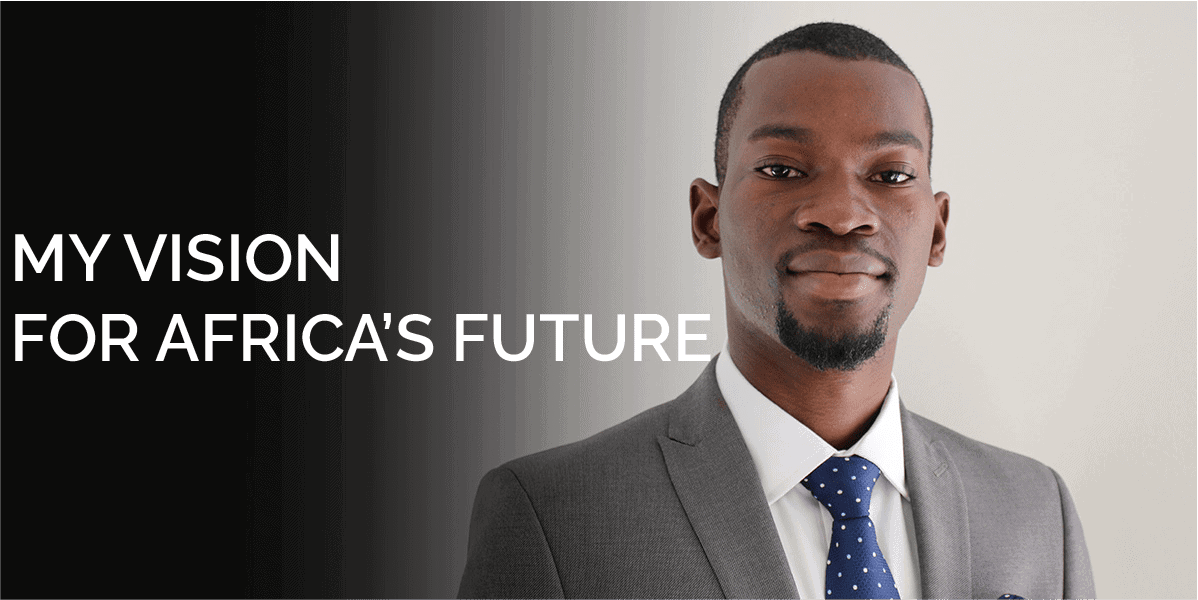 I grew up in Ibadan, Nigeria. Some things were constant throughout my childhood: poor electricity supply, non-potable drinking water, bad roads, military coups, teachers and doctors on strike, endless complaints about the government, and newspapers. My dad brought newspapers home from the office every single day and they were the delight of my life. I craved the hours after dinner when I could sneak the papers from my dad’s bedroom and consume the contents from back to front. My socio-political consciousness was built in those evening hours and I quickly developed a keen understanding of the world, as well as a strong sense of discomfort with the way things were done. However, the most prominent lesson learned in my childhood was the knowledge that anything related to politics was a no-go area; one could aspire to be anything imaginable, but definitely not a politician.

However, my journey took me through journalism into education then non-profit management and back to education and I got involved with several organizations and projects. I got interested in leadership and enterprise development, public speaking and mentoring. I spoke at several conferences and had the privilege of travelling the world, but my search for deep meaning continued. Then I heard about African Leadership Academy and decided that I needed to fold everything up and move to Johannesburg, which I did. There, I met with kindred spirits from across the continent and begun to explore avenues for changing the continental development narrative through international diplomacy.

At African Leadership Academy, I established the International Relations Council for research and training, and I founded the Model African Union conference to create a platform for young leaders to practice developing policy-based solutions to development challenges. I did these because I knew that something needed to shift in the way that citizens approach their governments. I was raised on a system of fear which ensured that I expected little from governments and cared even less about them. I, however, realized that no matter how hard I tried, I could not ignore governments and public officials – their actions and inactions influence education policy, healthcare, elections, and all manner of social services. I realized that we would all be better off seeking to understand how governments and multilateral organizations work, and identifying means of engaging with them better. So I combined all my skills and passion for education, writing, public speaking, international affairs, mentoring and project management and begun to design a program which I believe will prepare the next generation of effective public sector leaders and global diplomatic leaders.

My work since then has taken me across Africa and around the world, and I have enjoyed the process of discovery. In December 2015, I had the privilege of attending the inaugural meeting of the Common Action Forum in Madrid, Spain. I had been invited by a very good friend to attend the exclusive launch of a network which promised to engage in rigorous debate about the state of the world’s affairs and help to chart a path forward. I was humbled to be in the presence of world experts in international affairs, academia, media, and governance. The presentations and conversations that occurred during those three days deep in the belly of the Wellington Hotel were deeply inspiring; more so was the camaraderie between the participants representing extremely different backgrounds, specialities and languages.

Yet, one thought pervaded my mind throughout the session: who is convening discussions like these on the future of Africa? Where are Africa’s passionate academics, analysts, enthusiasts, thinkers and doers gathering? Where is the underground bunker in which issues are being analysed, where systems are being redesigned and where inspiration courses like blood through energized veins? I had attended more than my fair share of youth summits and conferences that turned out to be nothing more than a complaints fest. I walked away from Madrid deep in thought about the role I could play in aggregating some of the top thinkers on the continent to align with doers to begin to truly influence political, economic and social systems.

Four months after my experience in Madrid, I was on my way to Istanbul, Turkey to attend the Al Sharq Youth Forum that had been convened by a passionate group of thinkers from across the Middle East and the Arab world. They had brought 500 young people from a multitude of countries in the region to a sprawling conference centre in a city which was at the heart of some of the most contentious issues in global politics. The agenda was to set an agenda for the future of the Orient (Al Sharq). What I saw during those three days was a tacit resolve from the youth of the region to lead the change which they desired for their future. There were hackathons, rocket pitches, keynote presentations, side meetings, exploration of ideas, interviews, and everything else that represented change. In one of those side meetings in the “Green Room”, I joined representatives from some of the world’s largest and most successful youth organizations with several hundred thousand people in our collective network, to brainstorm what a global youth alliance could look like. Inspiration was the fuel those days.

Before departing Istanbul, I was once again caught in deep reflection about the state of credible engagement around the important issues in Africa. I was bothered by what I perceived to be an unfortunate resort to pessimism, built on decades of distrust for public institutions. Several generations had been raised on the reality of expecting nothing from and giving nothing to the instruments of democracy long desired and fought for by our patriotic forefathers. I was worried that generations in the future will replicate the exact same routine of deficiencies which characterized the present, and that was almost too much to stomach. I resolved there and then to work even harder at helping to build the future which I desire.

We cannot complain our way into a different future – all citizens must be full-time citizens; we cannot simply vote in elections (if at all) and expect change to drop from the skies.

In June 2016, I left for Kigali, Rwanda with three of the young leaders under my stewardship to lead a simulation of the African Union at the Continental Youth Forum organized by Oxfam’s State of the Union (SOTU) Coalition, providing a platform for some of Africa’s emerging leaders to preview the forthcoming summit of the African Union’s Heads of State and Government. There was genuine passion on offer in the room during those three days, but there was pessimism in abundance also; there was institutionalized scepticism; there was a picture of Africa’s future right there – a select group of ‘privileged’ people making an attempt to chart a path for the continent’s future without the requisite skills or knowledge. As I looked around the room, I realized that a good number of the Forum participants could eventually end up in leadership positions in their countries and in multilateral institutions like the African Union. I wished to be genuinely pleased to be in the company of Africa’s future leaders, but I could not. I was depressed. And then I resolved to take a stab at creating a different kind of platform that could usher in credible engagement for Africa’s future. I called it Future Africa.

My passion for creating a path towards more credible political engagement for Africa’s youth was founded on a few beliefs which I hold dear: that we cannot complain our way into a different future; that all citizens must be full-time citizens; that we cannot simply vote in elections (if at all) and expect change to drop from the skies; that youth leadership must be founded on more than basic agitation; that we must redesign the current nature of citizen engagement on the continent and educate ourselves enough to be able to set an agenda for our governments and work to hold them accountable. I am convinced that quality youth engagement is crucial for sustainable development; I am convinced that pan-African cooperation can unlock unprecedented growth in Africa; and I am convinced that there is no further time to waste in setting the ball in motion.

Youth leadership must be founded on more than basic agitation: we must redesign the current nature of citizen engagement on the continent and educate ourselves enough to be able to set an agenda for our governments and work to hold them accountable.

Future Africa was founded to redesign political, economic and social discourse in Africa by bridging the gap between public policy leaders and young thought leaders. I believe in establishing and promoting a system that encourages and enables citizens to collaborate with governments to achieve mutually-defined goals. The model which we have designed enables young Africans to immerse themselves in extensive study of Africa’s peoples, politics and economies, as well as the various challenges and opportunities for advancement on the continent. These young leaders will then be supported to develop innovative solutions through simulation, fact-finding research, policy reviews and prototyping to drive growth in all sectors. The final piece of the model involves direct engagement with peers, collaborators and public decision makers to implement these solutions. By 2025, Future Africa will have a network of active youth ambassadors in 100 African cities, and by 2030, we would have trained at least 500 public sector leaders in year-long Fellowships, alongside a range of other interventions.

I strongly believe that it is the responsibility of the youth to prepare themselves adequately to lead the future, and I believe that all those who have been enlightened have a responsibility to help drive our societies forward. I believe that democracy was designed to be participatory and that it is an investment that needs to be carefully monitored. I believe that change does not happen over time; change happens when engaged citizens take deliberate actions to achieve the outcomes they desire. This is my action. What’s yours?