The 2016 Ghanaian elections were considered by commentators as a text-book example of what we hear Africans say they want: free, fair, and credible. Ghana stubbornly remains an exception to the rule in Africa at large – the rule being…
Written By Elizabeth Obode and Avedi Musungu and posted on
November 20, 2022
INSIGHT 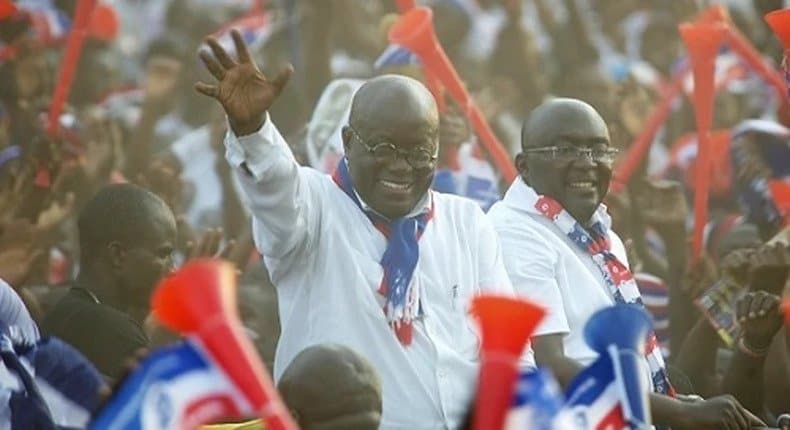 To understand the ingredients that make the Ghanaian story a shining beacon in the darkness of the African democratic desert, we have identified two pillars that would arguably form a rubric for other African states to emulate: (1) Stakeholders and the (2) Systems they build and nurture. We shall explore both pillars in order, then shall try at a synthesis that would crystallize into a call to action for the rest of the African continent.

There was a time when the laudable state of Ghana’s systems did not exist, and this period is where many African nations seem to still be in. Some characteristics of this period include: electoral malpractices or lack of elections, absence of trust in the judiciary, and perception of corruption amongst government officials. We would call this the fledgling phase.

Perhaps, the word that best captures the key feature of this phase is opaqueness – where it is unclear (to the political non-elites) how governments come into power, what channels are available to express grievances and if expressing dissent is even possible. When we zoom in on this phase, what we see is severe corruption, economic inequality, uneven distribution of opportunities with all these leading to pain – a pain deeply felt by many Africans today.

In Ghana, in the year 1982, that pain morphed into a desperation to see Ghana work. These desperate Ghanaians were much more than electorates. There was no option to be electorates because there were no elections. This made them something more.

In speaking of Stakeholders, much public commentary on African elections (see examples from Kenya and Gambia) covers a wide gamut of players, including international observers, regional observers, the electoral committee, contestants, security agencies, in addition to the electorate. We believe that this broad generalization unwittingly dilutes the idea of the stakeholder who is– according to our definition – anyone whose life and livelihood could be lost as a direct outcome of a failed election. Everyone else without such a stake is akin to a person with ‘limited liability’.

A clarifying question to differentiate between stakeholders and limited liability players is this: do they get to go home if things do not go well? A good illustration to consider would be ‘international observers’ – persons who are typically not local citizens and have access to residences outside of the country’s borders. Hence, to drive the point home, true stakeholders are those who have no escape route or plan B and thus, by this definition, many African politicians are limited liability players – if their offshore holdings and winter nests are anything to go by.

Systems, on the other hand, are a different beast altogether. This is because they are invariably subject to evolution due to historical circumstances which bend and color their trajectory through time. However, we can reliably associate every so-called system with structure. In the political context, systems refer to deliberately ordered and orchestrated processes tailored to reach specific political outcomes, and which are usually documented in detail and backed by institutional and legal power. These creations are typically considered to be the ballast for successfully executing the electoral process in a democratic nation-state and include: the electoral commission, political parties, the judiciary – and alternative dispute resolution (ADR) mechanisms – as well as law enforcement agencies.

Their very historicity and contextual mooring make highly matured systems more difficult to study, thereby rendering any theorizing as a blend of history and hagiography. In the case of Ghana’s political system, when we roll back the causative clock with respect to its political history, we are led all the way to the man, the myth and the legend – Jerry Rawlings.

Rawlings first came onto Ghana’s political scene in 1979. At this time, the ruling Supreme Military Council (SMC) who were responsible for governance had, despite early successes, engaged in kalabule (a term referring to black marketeering) leading to economic collapse. Rawlings then came on the scene by attempting a military coup which failed. In his public trial organized by the SMC, he used his defense as a platform to draw attention to the rampant corruption within the political system – earning him the sympathy of civilians and the military.

That same year, Rawlings handed over power to a democratically elected president, making it clear that this was no power-hungry man, and that his heartfelt desire was for the progress of Ghana. We can argue from our review of this history that Rawlings was putatively one of the first true ‘stakeholders’ among the political elites. Knowing he had nowhere else to go – that Ghana was truly his only home – Rawlings had a stake in the success of the political system in his country.

However, 2 years down the line, it was clear that the presidential rule of Hilla Limann was leaving the country in a worse state, with many observers believing that it was a lack of ‘firmness’ in implementing poverty reduction policies rather than personal greed. To improve the state of the economy, Rawlings sought aid from the West in return for more economic liberalization. This was a good move and it saw government revenue as a share of GDP rising from 5.3% in 1983 to 14.4% in 1986. Eventually, this economic liberalization paved the way for a multiparty political system with the first multiparty elections held in 1992. Rawlings went on to win this election and the subsequent one in 1996. In 2000, Ghana peacefully transitioned from Rawlings after the presidential election was won by the opposition party. By this point, the fledgling system had truly grown.

We therefore get to see how the actions of a true stakeholder in the political process shepherded and nurtured the maturation of Ghana’s political system. This history demonstrates the absolute inter-dependence between systems and stakeholders, and we come to see how these formative years contributed to political maturity in the 2016 elections.

We come to the year 2016, and Ghana has had yet another successful election by most accounts, which was administered by the Electoral Commission (EC), an independent constitutional body composed of seven members with permanent tenure. The institution has a robust three-tier structure at national, regional and district levels with a Secretariat that carries out functions at the national level, 10 regional directors, and 231 District Electoral Officers supporting the regional and district levels. During the 2016 elections, the EC worked towards delivering free, fair, and credible elections by substantively including political parties in the process through the Inter Party Advisory Committee (IPAC.) through which they were able to obtain a high level of access to scrutinize the process; enhancing transparency, especially at the regional and district levels.

The Ghanaian Judiciary also played a key role in delivering a credible election through the expeditious manner in which they disposed many election-related cases brought before it. The Chief Justice designated special courts and judges, who were adequately equipped beforehand with the development of a manual on election adjudication for this purpose. There were also ADR mechanisms applied in resolving political disputes designated as ‘situation rooms’ (EC and Women’s Situation Rooms). These situation rooms were set up to informally resolve election-related issues and had a hotline to enable prompt responses to minor problems. Many observers believe that such ‘situation rooms’ worked towards addressing tensions and curbing electoral offenses effectively.

The Ghanaian security forces was also instrumental, giving assurances on their readiness to provide adequate, professional, and impartial security services. Specifically, the Election Security Task Force, created to consolidate the efforts of various security agencies, was later identified by observers as being crucial in achieving this. On election day, the presence of security personnel at most polling stations was discreet and professional, an indication of their preparedness. We thus got to witness a text-book example of a mature political system swinging into action to deliver a fair and transparent electoral result for its stakeholders.

What can Ghana teach us?

What lesson have we learn from our analysis? The fact that robust systems which facilitate the full expression of the ‘will of the people’ (the stakeholders) can exist in Africa. In Ghana’s case, various institutions worked in concert to deliver elections that were considered largely free, fair and credible. The EC, with its robust and extensive structure, effectively engaged various stakeholders at regional and district levels, the Judiciary worked efficiently to address disputes through well-prepared special courts & judges, and security agencies exhibited general professionalism and collaboration to secure the safety of election officials, materials, voters, candidates and other parties. Our key argument is that all this was possible in part due to political players, like Rawlings, who acted like true stakeholders, laying the groundwork, over 20 years ago, for the eventual maturation of the political system.

Perhaps we do not yet see this success story replicated in many African countries because we not only lack the right systems in place but also the right stakeholders leading from the front. The crucial question thus becomes: where are the Rawlings’ on the Continent who are courageous enough to take a stake in the political systems of their countries?

This, after all, is the only call to action we believe all African citizens should heed in order to secure a future worth fighting for.