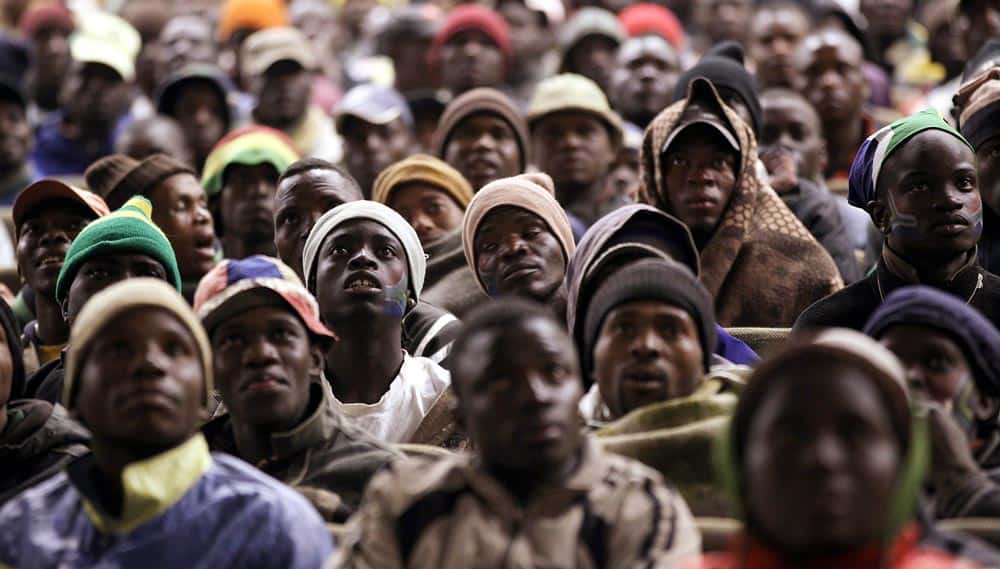 Spotlight: Africa at a Tipping Point

The focus of the 2017 Mo Ibrahim Forum, holding in Marrakech, Morocco is “Africa at a tipping point” and what needs to be done to ensure that Africa’s progress continues to rise rather than fall back. The result of this defining moment depends more than anything else on our ability to harness the energy, and meet the expectations, of Africa’s young people.

60% of the continent’s population are under 25 years of age. In 2050, Africa will be home to 452 million people between the ages of 15 and 24. Their drive, ambition and potential provide African countries with an extraordinary asset. But today, too many of them feel devoid of economic prospects and robbed of any say on the future of their own continent.

The commodity cycle of the past decade may have supercharged many African GDPs but it created almost no jobs. Young people may have spent more years in school but too few have been equipped with the skills the economy needs. The more educated they are, the less likely they are to find employment on their own continent.

The nature and fit of democracy is also being tested. “Free and fair” elections have indeed multiplied over the last decade, leading to peaceful changes of power. But voter turnout is declining and scepticism about elected representatives growing. An average gap of 46 years between the people and their rulers fuels doubt about whether those elected to office can relate to the interests of their citizens. Meanwhile, alternative political models such as China, and the rise of populism and parochialism in Western countries, which some believe will lead to better economic futures, weaken the appeal of current democratic models.

The lack of economic opportunity mixed with democratic fatigue and political disenfranchisement may become a “toxic brew”. The 1000% increase in terrorist attacks in Africa over a decade and the rising number of those risking their lives to cross the Mediterranean show where frustration, anger and despair can lead. Climate change, created elsewhere but impacting Africa the most, will only intensify these problems.

Terrorism’s growing footprint on the continent is fuelling conflict, division and instability and damaging prosperity by acting as a parasite on economies. It has become a well-organised multi-billion dollar criminal enterprise with growing control over the drugs trade, people trafficking and other parts of the black market. The jobs, status and income that terrorism offers to young people who are cut off from the mainstream economy, may be more attractive than the ideology itself.

High hopes can also lead to deep frustrations. If the energy and ambition of Africa’s youth continue to be wasted, they could become serious destabilising forces, threatening not just future progress but rolling back the gains of recent years. This huge and immediate challenge requires committed leadership and robust governance if Africa is to enable its young people to build the prosperous and peaceful future we all want to see. 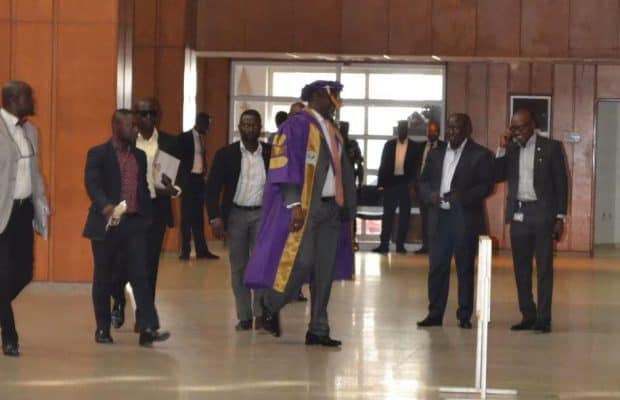 Within the past week, there have been a number of scandals and mini-scandals that have emanated from the Senate of the Federal Republic of Nigeria to warrant the collective disgust and ire of all Nigerians. Firstly and most prominently, news emerged that a Senator representing Kogi West Senatorial District, Dino Melaye, had falsely presented his academic qualifications, including seven degrees purportedly earned from Harvard University and London School of Economics and Political Sciences (LSE) among others. When challenged on the matter, Melaye in his bombastic style, refused to present credible evidence to defend his academic credentials, but resorted to death threats against his accusers, despite being publicly denied by both Harvard and LSE. On Tuesday March 28th, 2017, Melaye attended Senate hearings wearing an academic gown and cap in an apparent boastful challenge to his accusers.

During the same week, the President of the Senate, Bukola Saraki, who has barely had a scandal-free week since assuming office, was once again the subject of an investigation: this time, it was about the fraudulent importation of a Sports Utility Vehicle with fake documents. In response to both Saraki’s and Melaye’s scandals, another senior Senator, Ali Ndume, had asked the Senate to conduct proper investigations into the issues, but was rather faced with an immediate six-month suspension from the Senate for “subjecting the senate to ridicule”. Despite mounting public interest in the issues, the Senate Ethics Committee instantly absolved both Melaye and Saraki of any wrongdoing, leaving Nigerians wondering where the truth lies.

As though on cue, it was reported during the same week that another Senator, Andy Uba, had doctored his secondary school graduation certificate issued by the West African Examination Council. All these have emerged at the same time that a spirited group of Nigerians has mounted a campaign to scrap the Nigerian Senate on account of the exorbitant cost of operating a bicameral legislature and poor evidence of the Senate’s relevance.

On Saturday April 1st 2017, it was reported that the Governor of Borno State, Kashim Shettima, had led a delegation of top politicians and monarchs to plead with Senator Bukola Saraki for leniency on Senator Ali Ndume’s suspension. If indeed Senator Ndume was suspended from his duties for a justifiable reason, it is curious that Senator Saraki would entertain other politicians in his residence to plead on his behalf. The entire situation reeks of a blatant disregard for the established institutions of governance and points towards vendetta.

Future Africa is extremely concerned about the shameful manner in which the Nigerian Senate has conducted itself this past week. At a time when the country needs strong moral leadership with clear dedication to resurrecting the weak economy and restoring public confidence, it finds itself crippled by a group of inept men and women whose desire for personal aggrandisement and wanton display of braggadocio supersedes their interest in governance. For aspiring public sector leaders, there are no positives to be taken from this utterly shameful display of the Nigerian Senate. Nigeria must do better. Nigerians deserve better.