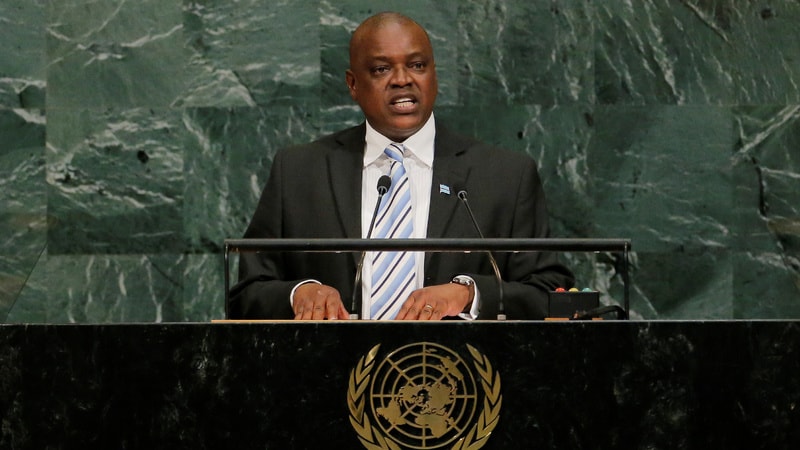 When Botswana’s 18-day old President, Mokgweetsi Masisi, said while delivering the Oppenheimer Lecture at the International Institute for Strategic Studies in London, that Joseph Kabila, President of the Democratic Republic of Congo had stayed longer in power than the time that was expected, he was neither making an untrue statement nor a surprising statement, but it came from a shocking source: a fellow president. Hardly ever, even in the face of extreme crisis, has an African president called out another president, purportedly to maintain respect for sovereignty or to avoid the semblance of hypocrisy, but Botswana bucks the trend.

Botswana has long been regarded as a successful democracy, with its founding president, Sir Seretse Khama widely revered for his pioneering work in setting the stage for long-term democratic leadership in the country; its Kgotla system recognized for its centuries-old success in enabling participatory democracy; and its 3rd president, Festus Mogae, a recipient of the Ibrahim Prize for Achievement in African Leadership. President Masisi follows in the footsteps of not just these great leaders, but also those of its most recent president, Seretse Khama Ian Khama, whose tenure was largely peaceful and successful. In actual fact, it was President Khama who, in January 2018, first called Kabila out in no uncertain terms. He is quoted as saying: “We have one of the leaders in the SADC region [Southern African Development Community] who is not willing to obey the rule of law. He has been delaying elections for his self-interest which is a bad thing.” Such unequivocal words from an African leader about another, are symptomatic of strong leadership, of which Africa is sadly bereft.

However, President Masisi was the one who took this message to the international community and declared with boldness that while it is on record from Kabila’s Minister of Information, Lambert Mende, that Kabila will not seek re-election in December, the world needs to hear it from Kabila himself. If the December 2018 elections in DRC go ahead as announced, it will be two years after his tenure was constitutionally over, even though he has exploited a legal ruling to stay in power until new elections are conducted. Critics have long assumed that Kabila would explore a constitutional review to extend his hold on power for much longer. It is also instructive to note that the presidents of neighbouring countries, Rwanda, Burundi and the Republic of Congo, have recently extended their tenures by such means, and at the age of 46, Kabila is much younger than the typical age at which most African presidents commence their tenures. Having now been in power for 17 years, he must feel that he has much more left in him.

So while we celebrate Botswana’s virtuous leaders, Ian Khama and Mokgweetsi Masisi, we equally call out other African leaders for their ineptitude and lack of courage in promoting respect for the rule of law and good governance on the continent. If the African Union has failed to declare Kabila’s stay in power as illegitimate and its constituent member states have equally failed to speak up in support of the many Congolese who have been killed and displaced in the resultant political conflict, it begs the question of the strength of mandate and legitimacy of leadership on the continent. For now, we are happy for Botswana to lead the way and for other African countries to learn.