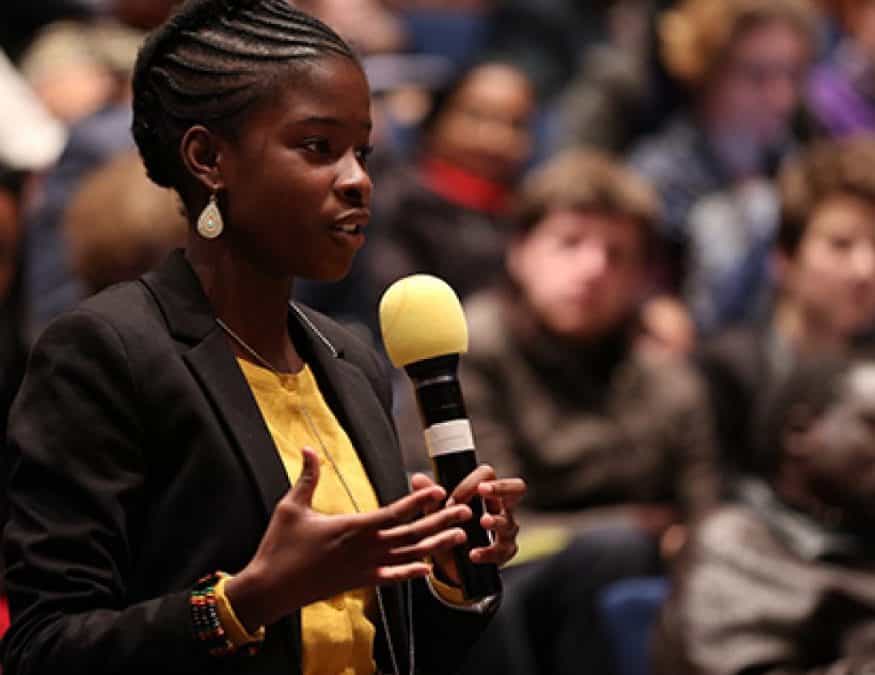 You might have heard it said that politics is a dirty game; politics is for the corrupt; and nothing good ever came out of politics. Your parents may have drummed it up into your head as a young kid, or you may have picked it up by yourself, just scrolling through the headlines. You may have friends who are utterly brilliant and passionate about social change, but who will not move an inch towards the public sector. Or maybe that is you. Why do young brilliant Africans avoid politics altogether, and can that be changed?

This is perhaps the biggest problem of all. Growing up anywhere in Africa, you are socialized to equate political involvement with rowdy legislators, assassinated opponents, flouted rules and corrupt old men (and sometimes women). The image of politics has been so tainted that we perceive the whole system to revolve around crass electioneering campaigns and poor governance, with the same cycle repeating itself continually. But it is more than that. The true job of a government is to create an enabling environment for all citizens and entities to thrive. This is mostly achieved through legislation, policymaking and regulatory functions. Yes, all of these avenues are opportunities for corruption to happen, but there will be no incentive for corruption to end unless young brilliant (and ethical) Africans begin to approach the public sector with more determination.

2. They are consumed with the private sector.

Growing up, many people dreamed of achieving success in the private sector, primarily because the images of success that are promoted through the media are either those of entrepreneurs or corporate executives. At the very best, some of us dreamed of becoming “the president”, but we quickly abandoned those ideas in primary school and focused on pursuing corporate careers because…well, Jeff Bezos, Richard Branson, Oprah Winfrey….you get the point. The more consumed we are with chasing corporate success, the less we are focused on that other massive aspect of our lives that needs fixing. Maybe we can do both?

3. They believe it is a long game with insufficient benefits.

This might be the trickiest to demystify. Looking at the current political climate in Africa, hardly any young person is thriving. It just does not look cut out for young, brilliant (and ethical) Africans. The space appears to be dominated by old folk who have access to all kinds of resources, so much so that a young person who was not born into a political family will be better off squashing their dreams of having any impact in the public sector.

Given these challenges, it is necessary to outline how our lives are affected by politics before imagining what a solution can be.

Firstly, public policy shapes the world of business. As much as we might see these two sectors as contradictory, with one being a haven from the other, they are actually more inter-twined than we want to admit. The key policy decisions that govern the operations of the private sector are decided by the public sector — tax policy, inflation rate, employment policy etc. The private sector is not so private after all.

Thirdly, decisions made in the public sector affect everyday life. From transportation to healthcare, education to immigration, all the key decisions that govern everyday life are made by “those people” whom we are so desperate to avoid. How comfortable then are we, leaving the biggest decisions about our lives to people whom we will not trust with our personal finances or our family’s safety?

So, how can these change? What needs to happen for more young, brilliant (and ethical) Africans to consider public sector careers?

The best civic education that most of us received might have been a module in primary school and nothing further since then. If children and young adults are not taught about the responsibilities and privileges of citizenship, and the necessary functions of the public sector to govern daily life, they will be left to pick up fragments of that information from mainstream media and social media. And there is such a critical role for the media to play — rather than simply reporting on poor performance of current leaders, media professionals can do a better job of educating citizens on how things should work. The more informed we are, the better choices we make.

2. Get more credible public sector leaders to write and speak about what they do.

Looking from a distance, it will be hard to imagine that anyone in politics is competent or moral. The voices of negativity have dominated our public spaces so much that it becomes nearly impossible to imagine that there are credible humans in the corridors of power. How to change that? Get more public sector leaders to write and speak about what they do. They may write columns in newspapers to explain the critical functions of governments and the individual roles that they play; or they may publish posts on their social media pages or blog on sites like Medium.com. The more images of credible leadership to which we are exposed, the greater the desire grows in young people. After all, that’s how we learned to admire Steve Jobs and Bill Gates.

This could be a true game changer. In the United States, university students are able to apply for internships to work at the US Congress, either as an assistant to a Senator or a Representative, or a member of their research team. And here’s the interesting part — they do not need to know anyone! Making public sector internships available and accessible creates a viable pipeline of future public sector leaders, or better informed citizens at the very least. There is nothing better than introducing young people to the core functions of a government early; the returns could last for a long time.

So what role will you play in shaping the future of the public sector in Africa?

The author, Faith Abiodun, is Executive Director of Future Africa