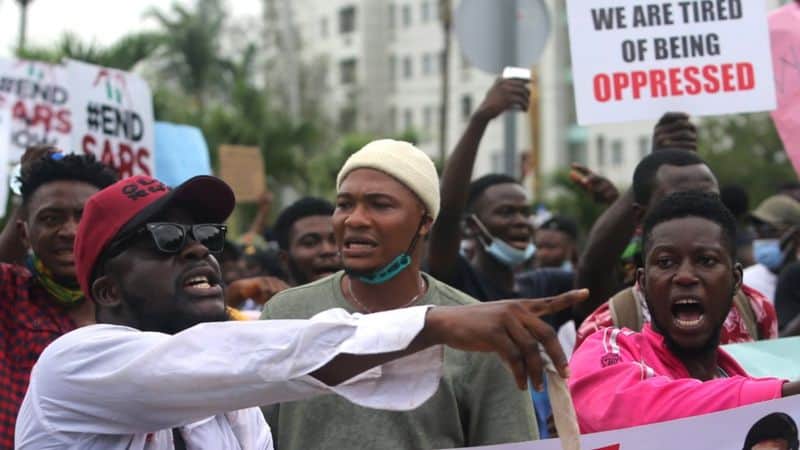 Street Protests Are Dangerous, But Are They Effective?

The year 2020 has been marked by an endless stream of protests in all corners of the world, and African countries have had more than their fair share. In a year that will forever be defined by the COVID-19 pandemic and the call for social distancing, there have been multiple reasons for agitated people to defy logic in favour of mass gatherings. From the Black Lives Matter movement in the USA to the 18-month long protests in Hong Kong, and the recent outbreak of demonstrations in Belarus, no region of the world is being spared. In Africa, the #EndSARS movement against police brutality in Nigeria has ignited passions, just about the same time as the #ShutItDown protests against femicide took off in Namibia. In DR Congo, protests have ranged from opposition to an electoral commission appointee to demands for justice against historic murders and rapes. In a year when we are supposed to be distancing from each other, why are citizens so determined to take to the streets in large numbers?

Firstly, nearly every national constitution guarantees the rights to free movement, free assembly and peaceful protests. The 1966 International Covenant on Civil and Political Rights adopted by the United Nations equally provides international endorsement for the rights of people to demonstrate peacefully. While some countries are known to place arbitrary bans on public gatherings or to employ various means for de-legitimizing protests, public demonstrations remain the primary medium of choice for aggrieved citizens across the world. Yet, in spite of the prevalence of protests, what starts out as peaceful hardly ever ends as such. So what exactly makes protests dangerous?

It is not uncommon for peaceful protests to turn bloody when people who gather for legitimate causes find their ranks infiltrated by others with more violent instincts. Things might turn violent when the first person hurls a stone at a building or attempts to damage a vehicle; or when tyres are burned on a street or when protesters form barricades to deny other citizens free movement. Very often, the presence of law enforcement agents on the streets tends to aggravate protesters, and counter-protests have also been seen to upend peaceful movements. Images of bloodied protesters and torched buildings routinely flood our timelines, and the use of social media serves to spread even more angst among people. So when protests become violent, who is to blame?

It is conventional knowledge that one of the hardest things to achieve on earth is mob control. American legal scholar, Cass R. Sunstein wrote in 2009 “…when like-minded people get together, they often end up thinking a more extreme version of what they thought before they started to talk to one another.” In essence, people who were already agitated get even more aggravated when they find others who share their anger. Collectively, they might be unstoppable, except when confronted by a more powerful (read: violent) force. This inevitably sets up a battle royale with law enforcement officers who often resort to dispersion tactics including use of tear gas, water cannons and live ammunition. In the ensuing tussle, innocent lives will be lost and some will be permanently maimed. Peaceful protests hardly ever end as they begin.

One of the most devastating dimensions to street protests involve the hijacking of legitimate causes by hoodlums and political elements. No one can really tell how or when strange individuals get in the mix of peaceful protests, but it is a common phenomenon to notice a more violent streak emerge from within the ranks once a protest has gone on for a few days. Very often, these hoodlums resort to theft, rape, vandalism of private vehicles, looting of shops and burning of public property. In the case of the #EndSARS protests in Nigeria, the aftermath of the largely peaceful protests was a completely different set of nefarious activities which resulted in the burning of private business, banks, police stations, mass transit vehicles and even the king’s palace!

The first thing about street protests that must be understood and accepted is that they are designed to make life uncomfortable for everyone. Street protests are not the same as a peaceful procession. A protest by nature takes over public space to draw attention to a cause – it is inevitable that this results in untold discomfort for some. There will be other civilians whose lives and businesses are impeded; there will be children who might have to miss school days; and there will be public officials who find themselves caught in crosshairs. The goal of nearly every protest is to generate attention, so any form of media coverage becomes a win for the people, and a source of discomfort for public officials who often become determined to quash the movements. Street protests also raise the alert levels in law enforcement agencies which have still not learned many tactics for de-escalating tension. So, can anything good come from a set of coordinated actions designed to create discomfort?

The answer is yes. If properly managed, actions on the street need to be accompanied by a set of clear demands that are tabled to public officials, either by representatives of the protesters or by parallel comrades. The combined forces of street agitation and boardroom negotiations tend to deliver better results than street protests only. Most public officials appear to be incapable of responding appropriately to public demonstrations that are not spearheaded by known and credible leaders, so the more responsive administrations are often keen to engage with the leadership of the agitators to end the protests while the concerns are addressed privately. As expected, these overtures are often dismissed because of the breakdown of trust between governments and citizens. It is the absence of dialogue that almost always leads street protests to turn bloody.

So will there yet be street protests in the final weeks of 2020? Definitely! Protests will carry on into 2021 and beyond, because we still do not have alternative avenues for channelling public anger and demanding change. Will these protests turn violent? Most of the time, yes. And this is because law enforcement agencies are not properly trained in de-escalating tension and because there will always be hoodlums who seek to hijack legitimate causes for personal agendas. Will governments become more responsive to public protests? That is the unresolved question. There are a handful of emerging public leaders who are showing understanding of mob psychology and who are swift to demonstrate compassion. Public leaders who are quick to show up and address protesters have a better chance of de-escalating conflict, while reticent leaders who prefer the show of force are likelier to promote violence by their actions and inactions.

The author, Faith Abiodun, is Executive Director of Future Africa