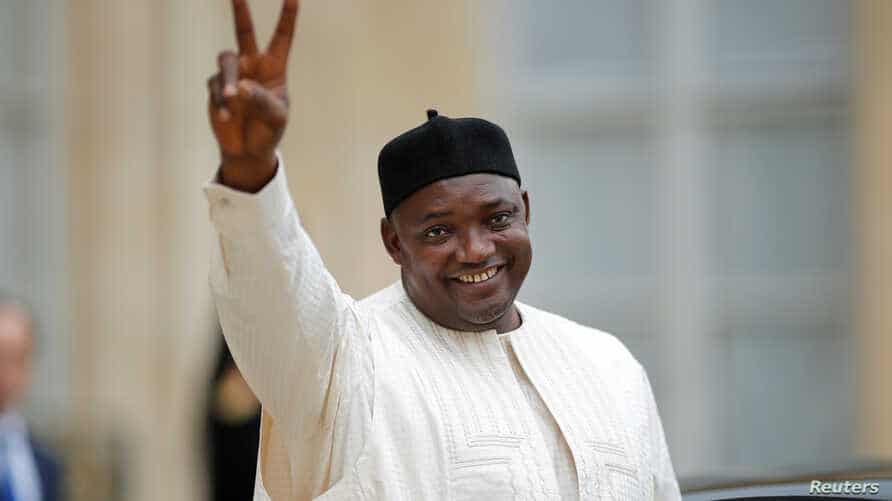 One would only need to be a casual news follower to have heard about the drama-filled Gambian election of 2016/17. The incumbent president of the time, Yahya Jammeh, eventually lost a bid to reject the electoral results after initially conceding defeat. The weekly deep-dive of the Future Africa Fellowship took a very unique look at the crisis; the cohort took the Gambian electoral crisis a step further and simulated a Commission of Inquiry proceeding. All of this was in an effort to train the muscle of dissecting leadership issues with an analytical approach – one of the offerings the Fellowship aims to create for the participants.

Six key players were invited to testify in the Commission. The former president, Yayha Jammeh received the opening question before Alieu Momarr Njie, head of the Gambian Independent Electoral Commission had his turn. Next on the spot was the president-elect, Adama Barrow, who was followed by the Senegalese president, Macky Sall, before the head of the Gambian Army, Ousman Badjie, was put on the hot seat. The last testimony came from the Ghanaian president, Nana Akufo-Addo. Members of the audience were afforded a chance to ask their questions to the key players. One of the most intriguing questions was to the Ghanaian president who was interrogated on whether invoking the ECOWAS treaty to prepare for the invasion of another country, he negated the section of the United Nations’ Charter which prohibits member states from involvement in the territorial affairs of other member states.

I not only observed this session, but also took part as a panel member of the Commission of Inquiry. The neutrality of my position allowed me to listen most attentively to the diversity of perspectives and ingest each contribution with doses of empathy, sympathy, and at times frustration. When I heard Jammeh appreciate the role that the ECOWAS community played in dealing with the Gambian crisis, I could not help but question my preconceived perception of the president. I have thought of the man as an insensible dictator and assumed he was the sole culprit of the crisis. However, here I was, seeing him share his side of the story, and realizing at the same time that there were a variety of other factors that created the crisis, other factors that can even suggest that Jammeh himself was a victim! My takeaway was that there was insufficient room afforded to Jammeh to make a case for himself on the real occurrences of the crisis. Perhaps, the people of Gambia and their neighbors in the ECOWAS community were fed up with his presence which created an overwhelming effort to oust him at once.

Looking at the overall preceding of the Commission of Inquiry, I noticed that the phrase “to ensure the will of the people” was frequently used by nearly all of the testifiers. It prompted me to wonder if it was just a scapegoat or it simply surfaced how in a democracy, the will of the people could be interpreted differently by the various actors.

Editor’s Note: The Future Africa Fellowship is an 8-month learning experience that provides aspiring public sector leaders and social innovators with the knowledge, network and skills required to transform the African political economy. The Fellowship incorporates research, debate and rigorous analysis designed to empower Fellows to participate in developing implementable policy proposals for local, national and regional contexts. One of the case studies reviewed in the Fellowship was on the 2016/17 Gambian electoral crisis.

Takunda Ushe is Director of the Future Africa Ambassadors.