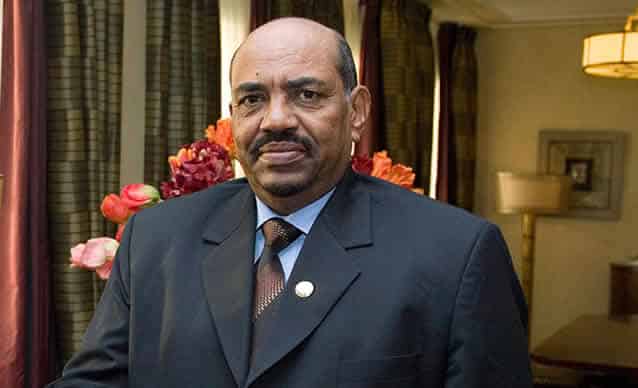 Some consider Omar al-Bashir as the most oppressive ruler Sudan has had since independence. Omar al-Bashir came to power in 1989 after overthrowing an elected government. Since he was young, he was active in the military. In the 1980’s he went to war against the rebels in the south and in the same decade, al-Bashir dissolved an elected government after staging a coup and appointing himself chair of the Revolutionary Command Council for National Salvation which was ruling the country. He adopted Islamic or Sharia law, which caused a lot of tension with the Christian South. This later became highly problematic to the point that South Sudan seceded.

In 1993, al-Bashir was appointed president and ruled Sudan for almost 30 years until 2019. Although, al-Bashir is facing multiple charges, the first time he was convicted of any crimes by the Sudanese government was due to corruption.  The case brought up against him initially stated that there were unknown foreign currencies found in his home that amounted to almost over USD 90 million. Al-Bashir has denied this stating that it was “a gift from Saudi royals” and that it is not public funds. In addition, it is believed that he had GBP 9 billion in a private account in Lloyds Bank in the UK. This too al-Bashir has denied and the spokesperson of Lloyds has stated that transactions done with Sudan has been through legal means. Although, in 2009 American authorities fined Lloyds USD 350 million for assisting and hiding wire transfers originating from Sudan, Iran and Libya to avoid sanctions that were placed by the US on those countries.

However, to others including his defence team consisting of 96 people, this is nothing but a political stunt to strengthen the transitional government. In addition, he was also convicted of human rights violation by the ICC due to crimes committed in the Darfur region in 2001.

He was found guilty of money laundering and was sentenced to two years in prison. However, due to Sudan’s law, a person above 70 cannot serve in prison; therefore, al-Bashir was exempted from prison and instead was given detention (a facility for elderly). This may not have satisfied a lot of people who especially think not only is he a war criminal, but also the person who looted Sudan. Financial crimes were the least of al-Bashir’s convictions.

In this case, there are a lot of parties that are at stake. The local stakeholders include those loyal to him at all levels; in the political, administrative, and societal levels. Sudan’s system has been laid bare by al-Bashir and that there are those who are as corrupt as him. After his conviction and as the anti-corruption agency continued to investigate, ministers and close relatives of his have been found owning properties that were acquired through illegal means.

On an international level, these types of accusations can lead to strained relationships with foreign constituents. Gulf countries are highly tied to Sudan’s aid, this aid can linger in the form of political and economic output, becoming a breadbasket for Sudan.  Although, Saudi is not to be questioned about al-Bashir’s corruption case, it is still important to clear out if he did receive that money as a “gift”.

Another foreign constituent is Lloyds Bank. As one of the oldest and biggest financial institutions in the UK, it may seem to have a tint of neo-colonial pursuit. The $9 billion that is supposedly stashed in the UK comes from looted money of the Sudanese people — although Lloyds have stated that all of the transactions done with Sudan are through legal means.

In African politics, it is rare to see a person of high influence come to justice in a legal matter. More than that, for them to stand trial domestically is rare. The case of al-Bashir did give hope to the people of Sudan that justice can be served. Part of the impact of this case, and a strength, is the sheer fact of seeing an ex-president stand for trial and be judged like a normal citizen. Owing to this case there has been an anti-corruption team created within Sudan to investigate. These are the small steps needed to dismantle the negative legacies left by al-Bashir. To some this can be seen as Sudan going towards a transparent state. I do believe that al-Bashir’s money laundering conviction is somehow politically motivated and is a way of keeping him close by before convicting him on a bigger scale—as recently he was given to the ICC.

All in all, cleaning corruption in Africa is like cleaning an ocean—it is massive and takes time but, no matter what the step is (small or large), it can be done. For this to succeed a lot of people have to be on board—social responsibility is a must.  Accountability, transparency and the rule of law is key for a “democratic” country to function properly and for corruption to be eliminated. Most African countries plagued by corruption are usually missing one or two if not three of the factors mentioned above. Therefore, minding the time given, African countries can eliminate corruption as long as there are willing participants. In the case of al-Bashir, although his conviction can have a different intention, the outcome can and is favourable to the people of Sudan—justice can be served.

Yordanos Woldesellassie is a member of the 2021 cohort of the Future Africa Fellowship.